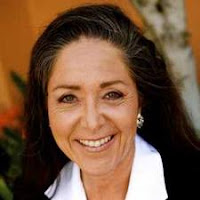 Dr. Nalini Chilkov is a practitioner of traditional Chinese medicine who thinks that “alternative and natural cancer treatments” can and probably should replace chemotherapy on many occasions. According to herself, she is a “respected expert in Collaborative Integrative Cancer Care known both for her meticulous attention to detail and individualized treatment plans as well as her warmth and compassion,” and her goals is to build “bridges between modern and traditional healing paradigms.” She was also an advisor to Hollie and Patrick Quinn (who will be covered later).

Chilkov peddles diet and lifestyle changes (which is sound enough and not alternative), and using “botanical medicines”, nutritional supplements and Chinese medicine (herbal medicine and acupuncture), apparently since they seem to work, in the non-scientific CAM-sense of “seem to work”. She also peddles “integrative functional medicine” a form of pure woo based on, obviously, “functional medicine”, and bases her advice on personal experience, which of course trumps science performed by narrow-minded people who knows anything about how actually to measure evidence if truth is your standard.

Diagnosis: Another clear example of what happens when personal experience and intuition get to trumph actual evidence, and as usual the results are pretty scary. Chilkov may not be particularly influential, but her claims are frightening nonetheless.
Posted by G.D. at 12:40 PM