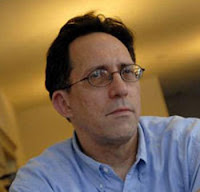 Brian Camenker is the founder and leader of MassResistance, a Massachusetts-based anti-gay group (formerly known as the Parents’ Rights Coalition and the Article 8 Alliance) that promotes bigotry, fundamentalism, denialism and evil with regard to issues relating to homosexuality, abortion, anti-bullying, gun control, the transgender community, and same-sex marriage. It is designated as an anti-gay hate group by the Southern Poverty Law Center, in part for its claim that suicide prevention programs aimed at gay youth were “put together by homosexual activists to normalize homosexuality” (i.e. it is better that gays are encouraged to kill themselves as a preventive measure with regard to … well, I suppose the idea is really rather “we hate them and want to see them suffer”). His group started out by opposing sexual education in public schools because there was a danger that the kids would be exposed to non-judgmental advice on gay sex in sex-ed classes, and suing schools for making available books that the group considered “gay”.

Among Camenker’s mass of barely coherent claims you will find the idea that groups such as the Gay, Lesbian and Straight Education Network, which support school anti-bullying programs, actually want to “lure children into homosexuality and, very possibly, sadomasochism,” because groups opposing the completely natural and normal phenomenon of bullying obviously have nefarious intents. Camenker has commented that such anti-bullying efforts are part of a “very aggressive, fascist type of movement” of “homosexual activists,” and has for instance urged the Boston Red Sox to withdraw and apologize for its “It Gets Better” Video. Such anti-bullying efforts are “not scientific at all” since there is, in fact, no evidence – according to Camenker – that bullying targeting gay kids exists. MassResistance has also insisted that gays were “trying to get legislation passed to allow sex with animals,” but surprisingly failed to offer any real evidence for this claim either. Apparently the evidence they can muster for most of their ideas consists of the claim that homosexuality is icky; therefore everything.

As for justification for their claim that “gays are dangerous to kids,” the idea is apparently based on the “skyrocketing homosexual domestic violence” they imagine is occurring. And it is little surprise that gays turn so easily to violence – with regard to a gay pride parade that Camenker also called “depraved”, he observed “a great deal of obviously disturbed, dysfunctional, and extremely self-centered people whose aim was to push their agenda.” Which would be really evil – in Camenker’s world homosexuality is like racism, gay rights efforts are exactly like Jim Crow laws, and gay pride events have brought “spiritual darkness” to the Massachusetts State House.

In 2012 MassResistance publicly criticized the FBI and CIA for “embracing the homosexual movement,” claiming that the FBI and CIA are “controlled” by the gay terrorists because the FBI “actively recruits homosexual and transgender employees and agents” (though MassResistance is especially critical of the FBI’s “outrageous” official partnership with the SPLC). And yes, according to Camenker Obama is trying to create a “worldwide homosexual terror group” that “will lead to increasingly brutal oppression against people with traditional values both in America and around the world” along with “sleazy and quasi-legal destabilizing and harassing activities in foreign countries,” because that’s just what liberal presidents do. Apparently the reason why more and more people support gay rights, according to Camenker, is that rightwingers haven’t been anti-gay enough. MassResistance is evidently trying to make up for that.

As with most wingnut conspiracy groups, MassResistance has no problems with historical revisionism, and they have for instance claimed that no homosexuals died in the The Holocaust and that the “pink triangle the Nazis forced imprisoned gays to wear actually signified Catholic priests.” Instead, according to Camenker, it is educators who support LGTB-inclusive schools who are exactly “like Nazi concentration camp guards”.

The weird and uncanny story about MassResistance member Michael Olivio is recounted here.

Diagnosis: A real charmer, this one. He seems to have some clout with certain fringe groups, but one wonders whether his strategies really strengthen his cause in the long run.
Posted by G.D. at 12:17 PM