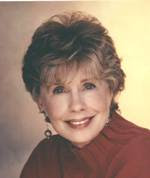 Honorable mention to bounty hunter Duane “Dog” Chapman, Sr. for claiming, in 2003, to have “mastered the new art of Neruological Visual Profiling or N.V.P. The criminal or Predator puts off a certain ore about themselves. By using N.V.P Dog can predict the ’Danger’ before it happens.” (There is reason to think that “ore” is Dog’s version of what others call “aura”, although it makes just about as much sense in either case).

But Dog’s antics pale in comparison with Jane Chastain, who has a rather long story of ardent promotion of loon. Chastain is a former nationally-known sports announcer turned conservative political writer and commentator, in particular for WorldNetDaily. To give you a sense of Chastain’s connection to reality, one of her WND commentaries argued that “President Bush has done more than any president in history to advance gay rights.” One supposes that the comment should be understood in light of the fact that Chastain doesn’t seem to fancy the existence of domestic partnerships or gay marriage.

She has also peddled some of David Barton’s fake Founding Father quotes. The crazy is taken to dizzying levels of nonsense, however, when she later tried to defend her use of the quote. During the 2008 elections, Chastain favored McCain, and tried to convince her readers to vote McCain because Biblical law told us to and because God would otherwise destroy America.

She also thinks climate change is a conspiracy by the scientific community to “to scare us out of our hard-earned cash,” and has repeatedly pointed out that climate alarmist scientists are securing shitloads of money for their universities. She is also a staunch creationist, offering “There is no evidence (only theory) to prove that man came from the apes,” continuing with the always impressive gotcha “why are the apes still with us?” to clinch the matter.

Perhaps most famous, however, is her struggle with a deep moral dilemma described thusly: “[B]uying that box of cookies now presents a moral dilemma, as the Girl Scouts have become a training ground for the left-wing feminist agenda.” Or perhaps her (despite her general anti-abortion stance) suggestion that we should sterilize everyone who applies for guest-worker status to prevent them from having anchor babies. No wonder she struggles with some moral dilemmas.

Diagnosis: Although her devastating challenges to science should leave scientists working hard to revise their theories from the very foundations of those theories, we know that they really won’t since they are in a conspiracy to take your money. Fortunately Jane Chastain is there to reveal the nefarious points. Thank you, Jane.
Posted by G.D. at 11:09 AM