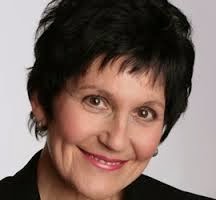 Honorable mention indeed goes to Tea Party painter Jon McNaughton, who is such a glaring parody of himself and the Tea Party movement that I struggle to come up with material enough to fill an entry (just look at some of his paintings).

Lynne McTaggart is more insidious. McTaggart is a currently London-based author, newsletter writer and activist journalist, and, according to herself, a spokesperson “on consciousness, the new physics, and the practices of conventional and alternative medicine.” She has no relevant qualifications related to and knows nothing about consciousness, physics or “conventional medicine,” of course, but is apparently very excited about how she can substitute knowledge, evidence and reality with imagination and woo, which she mixes with standard conspiracy theories and anti-vaccination propaganda.

According to herself, McTaggart had an illness at one point for which she identified (by pure powers of mind, apparently) “a toxic yeast”, and developed, together with a homeopathic doctor, a diet that cured it. This anecdote then served as proof of a conspiracy among medical practitioners, and she started (with her husband Bryan Hubbard) the newsletter “What Doctors Don’t Tell You” (later a book), primarily targeted at childhood vaccination (later she published a similar cancer handbook), which is sometimes seen as one of the tracts that really got the antivaxx movement going – the measles vaccine “caused untold paralysis, damage and death,” says McTaggart without being even dimly aware that such a claim requires backing up by data. Her complete lack of understanding of vaccines is discussed here.

Later publications in the same vein include What Doctors Don't Tell You, PROOF! (by “proof” she means “what I believe for every reason and none”) and Living the Field. “What Doctors Don’t Tell You” is currently also the name for their website, monthly magazine and pressure group. The central argumentative strategy for everything she and her pressure group do is the pharma shill gambit, and she complains that “we debate with fact against an establishment which argues with emotion,” which tells you a bit both about her self-awareness and her ability to discern reality.

From 1996 until 2002 McTaggart and Hubbard also published the monthly newsletter Mother Knows Best, later Natural Parent magazine, focusing on home schooling, environmental and health concerns, nutrition and homeopathy, which also resulted in the books My Learning Child, My Spiritual Child and My Healthy Child. These are books that, suffice to say, anyone who cares about the welfare of children do well to stay far away from.

In her utterly pseudoscientific The Field, McTaggart discusses scientific discoveries that she says support (but which don’t, apart from what she makes up) the theory that the universe is unified by an interactive field. The book became a hit with those who care little about truth to begin with and those who think hallucinogenic drugs is a pathway to understanding. The basic idea is that “science has recently begun to prove what ancient myth and religion have always espoused: There may be such a thing as a life force,” an idea that is so novel that science has in fact rejected it at least since the 19th century because it is stupid. You can see someone who actually knows a bit about science discuss the book here (“it’s actually insulting; it’s a slap in the face to anyone with the slightest scientific background”).

In The Intention Experiment, she discusses research in the field of human consciousness (missing most of the actual research), which she says supports the theory that “the universe is connected by a vast quantum energy field” and can be influenced by thought, which is an idea so thoroughly silly, unsupported and unsupportable (it’s a metaphor, and thus not even a hypothesis) that it was even more popular among the reason-challenged segments than The Field. Accordingly, McTaggart started a personal development program called Living The Field, which is – according to her – based on an interpretation of the zero point field as applied to quantum mechanics. It can heal you. And then your thoughts can heal the world.

McTaggart appears in the extended version of the movie What the Bleep Do We Know!? as well as The Living Matrix – The Science of Healing, which has nothing to do with science. Or actual healing, for that matter.

Diagnosis: McTaggart is wrong about everything, and sufficiently arrogant not to recognize that those who knows something about a field might be better positioned than herself to find out what’s actually the case. She is nevertheless quite influential, which tells you something about the challenges faced by those who try to campaign on behalf of truth and reason.
Posted by G.D. at 11:24 AM