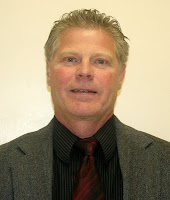 The primary strategy for serious creationists in the US is to get elected to school boards. After all, doing science is too hard (and yields the wrong results), so to win the evolution-creationism manufactroversy, getting creationism taught to children may be the creationists’ best bet in the Culture Wars. We have already covered several members of the Texas Board of Education. David Weigand is on the school board of the West Bend district, Wisconsin, and a serious creationist (selected PRATTs in blue): “Origin studies, (whether Creation or evolution) and the idea of ‘millions of years’ does not belong in the science classroom because these are not testable, repeatable or observable; they are philosophical and accepted by faith. If evolution is taught in school, students should be taught the truth about it and the scientific data surrounding it. Ideas that were once championed by evolutionists are no longer valid, much like the false science behind man-made global warming. Students deserve the truth.” Straight out of Answers in Genesis, in other words. It is discussed here, and yes, Weigand did get elected, as did his fellow creationist Randy Marquardt).

He doesn’t like homosexuals either, and his school board appears to be involved in a lawsuit at present concerning whether students are allowed to form Gay Straight Alliances in public schools (this controversy). Some details of the lawsuit in West Bend in particular can be found here.

Diagnosis: Standard deluded denialist bigoted fundie hater and dullard. A minor figure, but a figure of some local power nonetheless and a cogwheel in the denialist machinery.
Posted by G.D. at 1:16 PM