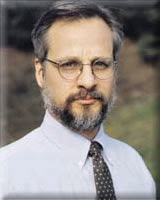 Benjamin Wiker is “Roman Catholic ethicist” and certified whacko. His breakthrough as the latter was his 2002 book “Moral Darwinism: How We Became Hedonists”, where he tries to show how Darwinism by its very nature completely undermines the ethical foundation of Christianity due to its materialist cosmology and its incompatibility with natural law (the incompatibility is a category mistake, and natural law is in any case a hack view of ethics defended by no serious moral philosopher). That gave him a senior fellowship at the Discovery Institute. It was followed by “Architects of the Culture of Death” (with Donald DeMarco) which deals with some of the most influential thinkers of the nineteenth and twentieth centuries from Schopenhauer to Peter Singer. Rather than actually dealing with their views and discussing their actual merits or demerits, the book attempts to argue that they have undermined the Christian value of “sanctity of life”. In 2008 Wiker’s “10 Books That Screwed Up the World” deals with several important books (by people from Machiavelli to Betty Friedan) and – again instead of dealing with the claims, arguments and hypotheses of these books (apart from the fact that they conflict with Wiker’s axiomatic fundamentalism) – attempts to show (in a manner reminiscent of post-modernist psychoanalysis) how the personal lives of these people led to their “bizarre” views of humanity. At least Ellis Washington produced a legendarily bizarre review for WorldNetDaily, discussed here.

His “The Darwin Myth” is a biography presenting Darwin as a basically good person involved in a conspiracy to remove God. In fairness, Wiker is a supporter of theistic evolution rather than creationism, but his approach to his topics, and his argumentative style (where ad hominem is the central rule of inference) nevertheless places him firmly in the loon camp. His views are firmly knocked down here.

Together with Jonathan Witt he produced this stunningly absurd quote: “Strange though it may seem to neo-Darwinists, Darwin’s assumption that the terms species and variety are merely given for convenience’s sake is part of a larger materialist and reductionist program that undercuts the natural foundation of counting and distorts the natural origin of mathematics. To put it more bluntly, in assuming that ‘species’ are not real, Darwinism and the larger reductionist program burn away the original ties that bound the meaning of mathematics to the world and instead leave it stranded on a solipsistic island of the human imagination.” At least he is right about it seeming strange.

Diagnosis: Shrill author of garbled musings attacking anything Wiker doesn’t apprehend or agree with, with a resourceful array of fallacies. Dangerous enough, apparently.
Posted by G.D. at 1:24 PM