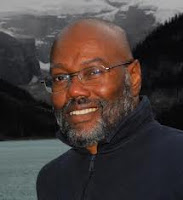 Adam Abraham is a versatile and radically unhinged promoter of radical woo. His promotion “auric fields”, which appear to be nothing but Kirlianphotographies, are standard fare in deep woo circles, and for Abraham it justifies claims such as “Every human being […] has an energy field. Actually, every human being is an energy field. What’s more, we have, and are an energy field even if we do not have a physical body. In other words, the energy field that you are both precedes, and succeeds the formation and existence of the human body, which itself is an energy field.” Since we are already energy fields before we are born, we are eternal and immortal. The fundamental laws governing this energy field are apparently those described in the all-time paradigm-exploding scientific treatise “The Secret”, which seems to imply that anything Abraham believes is automatically true regardless of whether it is true or false, just because he believes it and the Power of the Law of Attraction. You should keep in mind that this is his premise before you consider taking his medical advice.

Together with Clayton Nolte and George Clark he has promoted something called photonic water systems (they’ve got a website as well, but we cannot be bothered to link it) – pure water woo, the background of which is described as “[w]e now know that the photonic energy carried by Nature's original, living water is far more important than the particulates it may contain. In fact, revitalizing water to its creative state not only inactivates harmful pathogens and chemicals, it does so by removing the memory they leave behind.” To which the only legitimate response is “no”. The rest is a mishmash of (deliberate?) misunderstanding of “information”, and quantum physics. Of course. There is always quantum. Abraham does of course not understand the barest fundamentals of quantum physics, but neither, presumably, does his audience.

Abraham can also inform us that “the majority of the water” we drink “has very little life in it” (water is a “living substance”). Fortunately photonic water can offer you the divine alternative: water with biophotons, or “living light”, in it. His main authority on how it is supposed to work is apparently Lynne McTaggart. Living water can cure a whole slew of ailments, and you can even get a Living Water Container, in which “|s]pecially tuned geometry creates an energy environment for water to structure itself”. Indeed, this is Masaru Emoto and homeopathic “water memory” taken one step further down the rabbithole (it is discussed here).

Currently Abraham seems to be arranging workshops on genomehealing, which is once again “based on the principles of quantum physics” as Abraham views them. Apparently you can employ the techniques to regrow organs. Evidence? How close-minded of you! Abraham has vague testimonials. Of course, when called out on his woo, he goes into arch-typical crank mode; no shred of an attempt to provide evidence or justification, but lots of conspiracies and pharma shill gambits (never mind that he, not his critics, is the one who has a financial stake in the issue), complete with the assumption that the very fact that someone criticizes him is evidence for a conspiracy and hence evidence that he is correct, i.e. motivated reasoning running wild, in precisely the manner associated with hardcore conspiracy theorists.

Diagnosis: Total crackpottery – there is always the chance that the whole thing is pure fraud, but Abraham’s elaborate medieval metaphysics is so gloriously unhinged that we are inclined to believe he takes his own stories seriously.
Posted by G.D. at 11:23 AM