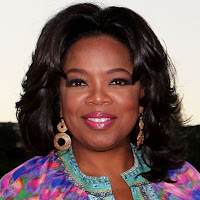 Oprah Winfrey is generally considered one of the most powerful women in the world, to the extent that whatever or whoever she promotes is guaranteed wide popularity and wealth – the phenomenon is even known as “the Oprah effect”. Unfortunately, she exploits her position to peddle all sorts of fraud, crackpottery, pseudoscience and woo, from TheSecret (also here) to anti-vaccination conspiracies. Indeed she is to a large extent to blame for the antivaxx hysteria through her extensive promotion and endorsement of JennyMcCarthy (in fact, even Newsweek called her out on that one). Oprah responded to criticism by giving McCarthy her own show.

In addition to McCarthy and the Secret, Oprah regularly promotes the annoyingly sensationalistic Dr. Phil, Pigasus Award winner MehmetOz and fluffypot Christiane Northrup, whose views are discussed here (and here). Oprah has demonstrably caused people to forego real treatments for their diseases in favor of woo that doesn’t work with fatal results, but does of course refuse to assume any responsibility for that.

The list of other crap Oprah has advertised for is virtually endless, but some low-points include her promotion of Suzanne Somers, editor-in-chief of O magazine and John-of-God promoter Susan Casey, of course Deepak Chopra – who interestingly rhymes with “Oprah” – and Lorrie the Pet Psychic, although the latter is more idiotic than actually dangerous. She also put on her infamous 3-ring psychic circus with John Edward, Dean Radin and Allison DuBois.

An illuminating discussion on Oprah and the Oprah effect can be found here.

Diagnosis: One of the most dangerous, vile beings in the US, and the universe. Her influence is, as mentioned, enormous – and it matters. She is demonstrably morally responsible for the deaths of real people, yet continues to promote her agenda of anti-science, anti-reason and pro-medieval medicine.
Posted by G.D. at 3:03 PM