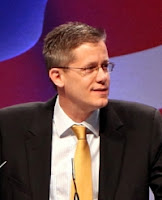 Unrelated to health ranger Mike Adams (also here), Mike S. Adams is a criminology professor at UNC Wilmington a far right pundit who writes for Townhall, and quite simply one of the nastiest, most delusional liars the religious right has yet to produce.

At least he sometimes goes straight to the heart of things. In the case of Christian Legal Society v. Martinez, in which a Christian student group sued a California law school to demand the legal right to discriminate against gays, The Supreme Court disagreed, and Mike S. Adams was predictably outraged. In revenge, he stated that he planned “to round up the students I know who are most hostile to atheism. Then I'm going to get them to help me find atheist-haters willing to join atheist student groups across the South. I plan to use my young fundamentalist Christian warriors to undermine the mission of every group that disagrees with me on the existence of God. That means an invading group can turn a smaller, weaker group into second class citizens on campus. That's what I intend to do to those groups who do not believe in God. I do not seek robust debate. I seek power over the godless heathen dissident.” Nice, though it is hard to see exactly how his plan really constitutes a response to the issue he was trying to respond to. And to repeat, Mike S. Adams is a professor at a University.

But this display of honesty is an exception. In response tothe It Gets Better campaign, Adams wrote a piece about eight heterosexual kids who were hounded into suicide by homosexuals to provide some balance to the claims that homosexual students are bullied. Except that none of the heterosexual kids really committed suicide. In every case described, the kid in question really sued someone instead. Adams admitted as much, explaining that “[n]ot a single one has committed suicide. That is because they have centered their lives around Jesus Christ, rather than their sexual identity. And no amount of bullying can change my mind about that.” That, readers, was Adams’s “thoughtful” response to campaigns to stop the bullying of homosexual students. It surely hit the target like an intelligent bomb. Words fail.

Adams is also on the record for dismissing psychology as a discipline because methodological practices of psychology doesn’t take the badness of atheism into account just because the evidence doesn’t lead them there. And he’s a hardcore “anti-Darwinist”, partially because he thinks Darwinism supports feminism (Adams: “Feminism is a minority social movement, whose members murder innocent children in order to obtain sexual gratification”). To bolster his points, he makes up ridiculously untrue personal anecdotes and creates sockpuppets to holdhis strawmen. He has even claimed that he used to be a liberal Democrat, but that through recognizing the oppressive power of the feminists and the principled morality of the Republicans (as well as the fact that “Republican women were more attractive than Democratic women”) made him change his ways. Indeed. The delusion provides him with a framework where he can lie, distort, and make up stories at will, which is a fine skill to have in his daily work asa professional victim. You can find a nice summary of Adams’s antics here.

As an exercise, you may try to disentangle the fractal wrongness of this piece, and try to figure out what the point is (which is actually even more ridiculous than the arguments for said point, believe it or not).

Diagnosis: An appallingly nasty human being, rotten to the core. Adams’s lack of respect for truth, reason, intellectual honesty and critical thinking would be astounding in any case, and the fact that he is also a professor beggars belief.
Posted by G.D. at 11:27 AM