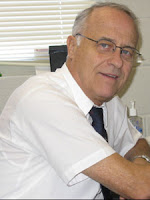 Paul Ackerman is a psychologist and signatory to CreationMinistries International’s list of scientists alive today who accept the Biblical account of creation. Not that Ackerman’s area of expertise is at all related to any sciences relevant to assess the origin of the universe, but CMI uses his credentials for all they’re worth anyways (which really is nothing). Ackerman is an assistant professor in Psychology at Wichita State University and a frequent lecturer for Answers in Genesis, though mostly with respect to the history of the “Darwinian movement” and why humans would engage in such an obviously immoral movement). Most of his “scientific publications” are in creationist journals.

Still, he has written the book “It’s a Young World After All: Exciting Evidences for Recent Creation” (1986), which emphasizes that “Scripture quotations not otherwise identified are from the King James Version of the Bible,” which should be slam dunk proof of a young earth, and which Gish-gallops its way through most of the standard young earth creationist arguments, oblivious to their repeatedly exposed silliness. He is – possibly – the originator of some that have later become popular, though, such as this one.

Diagnosis: Densely denialist. Though there is nothing remarkable or novel about any of his claims or positions, his book seems to have had some impact in its day and he deserves a mention in any comprehensive encyclopedia of loons.
Posted by G.D. at 2:45 PM