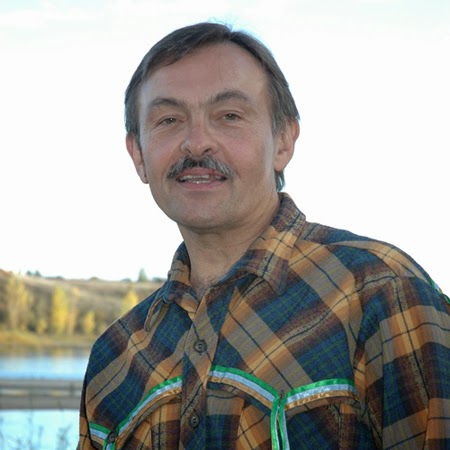 Lewis E. Mehl-Madrona is the author of the Coyote trilogy, which discusses healing practices from Lakota, Cherokee and Cree traditions, and how they intersect with conventional medicine (“via a social constructionist model”), and a champion of all things woo that can be justified by drawing connections to what Mehl-Madrona fancies to be ancient wisdom and mystical traditions of indigenous people, regardless of whether it works or actually belongs to actual traditional practices. Instead of even trying to provide evidence he appeals to post-modernist relativism. Indeed, he has even collaborated with Larry Dossey, so it is not such a stretch to suspect that he view peer-review as another oppressive system that requires accountability and therefore takes away his opportunity to justify his beliefs by vivid imagination. It’s just so much easier and less oppressive when all claims are equally trues and no one can be held accountable for anything.

Mehl-Madrona is indeed an MD, but so is Andrew Weil – and Weil is indeed a fan of Mehl-Madrona’s work, saying in relation to his work that “[g]ood doctoring requires all the wisdom of religion, all the techniques of magic, and all the knowledge of small-m medicine to be most effective,” which is false, but sounds very tolerant (in the sense of staunchly refusing to denounce bullshit).

In fact, for Mehl-Madrona the combination of the heritage and experience of a Native American healer with conventional medicine is not just a matter of pomo relativism; Mehl-Madrona actually seeks to replace the “reigning biomedical model with a new paradigm,” and claims that Coyote Medicine must be “taught in medical schools, practiced in clinics, and brought to all those who seek true health” (i.e. we must return to that golden age before modern medicine). His “research” includes work on various psychological conditions, issues of psychology during birthing, nutritional approaches (see this) to autism and diabetes, and the use of healing circles to improve overall health outcomes, techniques that are staple fare at Quackwatch, and for good reasons.

What about evidence? Well, Mehl-Madrona has seen things with his own eyes – he once had an American Indian spirit called White Buffalo Calf Woman heal a prostate cancer patient by rearranging “electrical patterns” in the man's brain during a sweat lodge ceremony, a prayer and purification ritual that he has performed several times for his patients (it “symbolizes a return to the womb of mother earth from which all life begins,” says Mehl-Madrona). The anecdote was not written up as a case study for peer-reviewed publication.

Since altmed is rather popular these days and Mehl-Madrona has a real degree, he has managed to get himself affiliated with plenty of otherwise serious institutions, where he treat patients with acupuncture, hypnosis, relaxation therapies, questionable massage therapies, talk therapy and EMDR, a technique in which patients use eye movement and other exercises to reprocess information stored in the nervous system. To the claim that his techniques have no scientific support, Mehl-Madrona says that “I think the danger in alternative medicine is that we confuse the effectiveness of a treatment with the effectiveness of mind-body healing.” Right. The sweat lodge ceremonies, though, ultimately got him pressured out of the University of Pittsburgh health system, at least (more here). At Stanford he was involved in research projects (called “pseudoscience” by colleagues), but refused to follow the book. (“Some of his colleagues thought that his approaches even to research were not very rigorous”).

He is currently adjunct professor of anthropology at Johnson State College in Vermont and writes a regular column for Futurehealth.org, in which he contributes his insights on alternative ways of seeing mental illness.

He has recently come under rather heavy fire from people with native American background for being a New-age therapist and “fraud” (whose claimed native background is itself questionable) who is “selling fake NDN ceremonies,” suggesting that there is some justice in the world after all.

Diagnosis: Total bullshitter who has managed to master the standard pomo gambits well enough to land him quite a bit of influence. Extremely dangerous.
Posted by G.D. at 12:34 PM