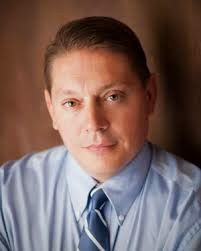 Steve Milloy is a science commentator for Fox News, former scholar (or whatever you may call it) at the Cato Institute, current adjunct at the Competitive Enterprise Institute, and the founder of junkscience.com. His science education is rather patchy, and it shows. Milloy is a consistent denialist regarding the risk of secondhand smoke (he is a member of the astroturf group The Advancement of Sound Science Center) and anthropogenic global warming. Milloy popularized the term “junk science,” but used it to refer not only to junk science, but to any fact that didn’t suit him. According to Milloy, junk science is “faulty scientific data and analysis used to advance special and, often, hidden agendas.” His book and blog Green Hell shows that it is exactly what it sounds like it would be, namely conspiracy theories.

Milloy has offered $125,000 to anyone who could disprove the claim that manmade emissions of greenhouse gases do not discernibly, significantly, and predictably cause increases in global surface and tropospheric temperatures along with associated stratospheric cooling, and that the benefits equal or exceed the costs of any increases in global temperature caused by manmade greenhouse gas emissions between the present time and the year 2100, when all global social, economic and environmental effects are considered. The prize was offered in the spirit of Kent Hovind, ensuring that no one won even if they (e.g. here) satisfied the criteria by any reasonable standards.

His book and blog Green Hell (full title Green Hell: How Environmentalists Plan to Control Your Life and What You Can Do to Stop Them) contains the usual strawmen (environmentalists are jut out to control your life and how many children you are allowed to have) and quote-mining.

Diagnosis: Though not a shrill and incoherent as many – Milloy even has some good science on his page – he is still a denialist, and a denialist for political reasons (he is rather explicit about that). He is also rather influential, so he definitely needs an entry in our Encyclopedia.
Posted by G.D. at 2:20 PM