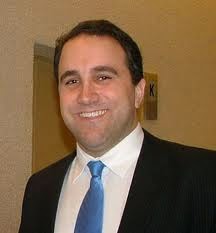 Marc Morano is a wingnut propagandist and – most famously – a leading global warming denier. In 2006 he was hired by Jim Inhofe as “Director of Communication”, and it was as Inhofe’s director of communications  that Morano put together the infamous bogus Inhofe report containing the names of 600+ scientists who “disagreed” with the consensus on climate change (including “eminent” scientists like Chris Allen and Edward Blick) – whether the scientists in fact disagreed with consensus was determined not by the scientists themselves but by whether Morano, who really has no relevant background in any of the sciences, judged their works to be in disagreement with the consensus or not, regardless of whether it was. Needless to say, it is hard to believe that the list was compiled in good faith.

Well, of course it wasn’t, but the thing is that Morano has mastered information wars, something he demonstrated brilliantly already in 2004, when he emerged as one of the main strategist behind the Kerry swiftboat campaign. Indeed, it is hard not to be impressed by Morano’s masterly (and fully remorseless) use of lies, snowing, smearing and inaccuracies (with no concern for internal coherence among his claims) to win the propaganda war (described in some detail here; an excellent example of his strategically ingenious use of fabrications here). It really is deeply scary.

In 2009, Morano left Inhofe and became the proprietor of the website “Climate Depot” (sponsored by the Committee for a Constructive Tomorrow, an Exxon funded think tank accurately portrayed here). The goal of the website is to expose the “lies” of the “warmists” and “scientific McCarthy-ites” whom Morano deems to be in a conspiracy against people like him because he doesn’t fancy the results of their studies (“The IPCC summary for policymakers is used to scare politicians and goad the public into action. The UN is all about politics,” says Morano, but doesn’t go into much detail about what on Earth the UN may be trying to achieve by that conspiracy; someone like Alex Jones is at least more intellectually honest). By “McCarthy”-like techniques he apparently doesn’t mean examples like this or this.

In 2010 Morano received the prestigious “Petr Beckmann award” by Doctors for Disaster Preparedness, which is as good a qualification for loonhood as anything.

Diagnosis: Some may argue that it is wrong to characterize Morano as a loon. After all, Morano appears to know full well that he is lying and distorting the data to achieve his ends, and perhaps he just doesn’t care about the long-term effects of his campaigns. In any case, if we cannot indict Morano, at least we can indict the many people who listen to him, for as it is, Morano is one of the most influential – perhaps the most influential – anti-science and denialist campaigners alive today.
Posted by G.D. at 11:47 AM