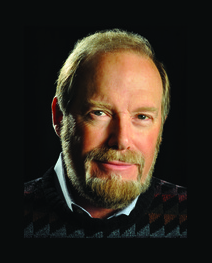 Steven W. Mosher is head of the Virginia-based Population Research Institute, which is not to be confused with the seriously scienfitic Population Research Institutes at e.g. Penn State or Duke, but a pro-life organization funded by the rightwing Lynde and Harry Bradley Foundation that argues that overpopulation is a myth because that suits their fundamentalist religious convictions better. Mosher, who has no research-relevant or academic credentials, has written several books on the issue. The books are, needless to say, more popular among certain segments of the religious right than among social scientists. (His Wikipedia article appears to be written by his fans but there is decent coverage here). In more detail, the PRI’s mission is to:

- debunk the myth of overpopulation, which cheapens human life and paves the way for abusive population control programs.
- expose the relentless promotion of abortion, abortifacient contraception, and chemical and surgical sterilization in misleadingly labeled “population stabilization,” “family planning,” and “reproductive health” programs. (Yeah, you probably saw right away what agenda their “research” claims were supposed to serve, didn’t you.)
- defund these programs by exposing the coercion, deception, and racism inherent in them (i.e. at bottom there is, of course, a conspiracy).

Much of their material is accordingly concerned with accusing the UN for engaging in Ethnic Cleansing (e.g. of Albanians).

To bolster their case, Mosher and his associates publish “studies” (though for the most part they try to swamp youtube with videos) painstakingly distorting and shoehorning data to support the hypothesis they have already decided must be true. They have for instance tried to “prove” that the use of oral contraceptives – the “pill” – result in an increased risk of acquiring HIV or of progressing to AIDS if HIV-positive. And of course, physicians and health workers are, according to PRI, not just wrong, but trying “to continue to contracept as many women as possible with your tax dollars and mine.” I.e. they are evil, and in a conspiracy. “The sad truth is,” Mosher thinks “USAID’s family planning programs in Africa have caused AIDS. The integration of AIDS relief and family planning is a recipe for further disaster.” Well, denialism hardly comes much more delusional than this. He has also said that “The massive distribution of condoms in Africa has not only not stopped the spread of AIDS, it has put millions of more at risk of infection in the name of prevention.” The level of delusion could almost have been hilarious if it weren’t so sad.

Mosher rose to fame in the 80s after conducting “studies” in China and being expelled from Stanford University for “illegal and unethical conduct” (though according to Mosher’s fans he was expelled after China put pressure on Stanford because they didn’t like Mosher’s results attempting to show that China had no overpopulation problem and had implemented their measures to combat overpopulation, including forced abortions, for other, more nebulous reasons). He claims that it was his observations and studies in China that made him strongly religious, but some suspect that the causal direction was the exact opposite.

The truly astonishing thing is that Mosher successfully lobbied the George W. Bush administration to withhold $34 to $40 million per year for seven years from the U.N. Population Fund, the largest international donor to family planning programs, claiming that U.S. foreign health aid should be spent saving lives, “not preventing them coming into being.” He and his institute have also later been central in undermining various humanitarian efforts to promote family planning in various areas of the world – Mosher, for instance, considers many forms of contraception “chemical abortion” because they prevent embryos from implanting in the womb.

Steven Mosher of the PRI does, however, not appear to be the same as global warming denialist Steve Mosher (e.g. here).

Diagnosis: Another crank who actively and explicitly works to make the world a worse place – and Mosher is in fact rather successful at it. In other words, Mosher is in fact one of the most nefarious and dangerous people covered in our Encyclopedia thus far.
Posted by G.D. at 10:56 AM