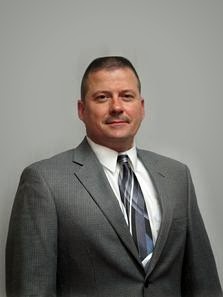 James L. Melton is a Baptist pastor and author of a long series of Chick-like religious tracts (just rants, though – no illustrations) in which he elaborates upon his views of God, religion and popular culture, unfettered by such worldly constraints as reason, sanity, coherence or understanding.

A good example of Melton’s way of seeing the world is his rant against one of the most notorious threats to the world today: Santa Claus. According to Melton, “Since God's word warns us to BEWARE of tradition (Col. 2:8), we shouldn’t be surprised to find the Devil right in the middle of the world’s most celebrated holiday. Lucifer’s desire has always been to dethrone God and exalt himself (Isa. 14:12-15). He desires worship (Luke 4:7; II Ths. 2:3-4). Perhaps you’ve never thought of it, but please note how Satan robs the Lord Jesus Christ of His glory by spreading the Santa Claus tradition …” In other words, though Melton would probably say that Santa doesn’t exist, he kind of believes in Santa and Santa’s powers anyway, only that Melton’s Santa is really a bad guy (maybe along these lines). And just to emphasize: you don’t get much crazier than that. Among the ominous traits of Santa pointed out by Melton is that “[t]radition holds that Santa Claus lives at the North Pole, a place ABOVE the rest of us” – yep, it’s all uphill to the North Pole, right? Just look at the Earth. Furthermore, Santa is omniscient and omnipotent (he “has the ability to carry presents to over a billion children,” and – the clincher – “Santa” is an anagram of “Satan”. If that doesn’t convince you … (Melton has not, as far as I can see, discussed the fact that among man’s favorite pets is called “dog”).

Melton is of course a creationist, claimng that “[e]volution is a RELIGIOUS CREED based upon blind faith. There is not in existence one single piece of scientific evidence which proves that man has evolved upward from animals [again, the “upward” thing; it seems that Melton has a deficient understanding of basic prepositions]. It is impossible to prove any theory of origins ‘scientifically,’ because the very essence of the scientific method is based upon OBSERVATION and EXPERIMENTATION, and no scientist has ever observed or experimented with the origin of the universe [which has little to do with evolution anyways],” thereby revealing a complete misunderstanding of the demarcations of science (hint: testability). According to Melton’s definition virtually only small parts of chemistry and medicine count as science – beliefs about the past, for instance, such as “Obama was elected president in 2008” cannot be settled by experiment and hence count as religious creed).

Indeed, Melton’s writings cover a large array of topics. Did you know that credit cards may be the mark of the Beast, and that someone may soon be going to equip all of us with a microchip, which would somehow have something to do with the rule of Satan? And just like the most extreme Baptist nutters, Melton really doesn’t like other Christian denominations. Of Catholicism, he claims that “the foundation of the Roman church is none other than the pagan mystery religion of ancient Babylon,” He also suggests that possessing a TV is unbiblical, and he didn’t like Harry Potter, feeling the need to point out that according to the Bible there are no good witches or wizards. They are all evil. In other words, Melton thinks that Harry Potter is pure fantasy, but is less able than any juvenile reader of the books in question to determine what, exactly, belongs on which side of the fact–fantasy demarcation.

Diagnosis: Melton assumes all the views of a standard crazy fundie godbotter, but tends to be even a little more extreme. A minor character, but his views on Santa suggests that he might be a good choice of character if you for some reason ever wanted to scare your kids.
Posted by G.D. at 11:29 AM