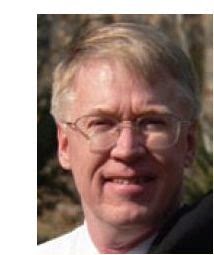 Jeff Mirus is one of the leading writers for Catholic Culture, and a staunch fundamentalist bigot. With respect to gay rights he takes the mainstream stance – it seems to be a travesty and a violation of his rights that religious fundamentalists aren’t allowed to throw gay people in jail, and at the same time he complains that he is the victim and that he is at risk of being thrown not only in jail, but in a “gulag” – hysterical idiots such as Mirus won’t forego any opportunity to allude to totalitarianism, but the hypocrisy is appalling. As he puts it: “[G]ay marriage is the perfect totalitarian wedge, not least in a country like the United States, which has been capable of believing itself uniquely dedicated to liberty even in the midst of slavery and abortion,” and that to gay rights groups “it seems only right and just that their denunciation of the gay lifestyle and their opposition to gay marriage should be criminalized. In fact, it should be criminalized in the name of liberty. That is why gay marriage is the lie that will create the next Gulag.” Projection much?

Mirus is also sympathetic to Intelligent Design, viewing the creation–evolution discussion as a matter of differing worldviews, where evolution “derives from a militantly atheistic worldview,” and he praises instead “some very interesting scientific work being done by creationists,” such as “Walter Brown’s hydroplate theory of geology.” No, Mirus has no background in geology, and no understanding of science: “For a half-century now, creationists have been gathering scientific evidence for their hypotheses, and it is difficult to see any scientific reason why their theories should be banned from the classroom.” Apparently the fact that they have been gathering evidence for 50 years (homeopaths have been “gathering evidence” for three times as long) is sufficient to warrant teaching creationism in public schools.

Diagnosis: Nothing unpredictable here. A typical wingnut loon gives his predictable two cents about everything, and if you disagree it’s all about having different worldviews, and his is apparently just one where evidence and reason do not play privileged roles. Also, you should be thrown in jail, under the ungrounded assumption that you want him thrown in jail.
Posted by G.D. at 11:52 AM