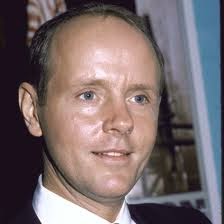 Michael Moriarty is probably most famous as a stage and screen actor (a central role in the Law and Order show), and somewhat famous as a jazz musician, but has also made a mark as a political writer (primarily at “Michael Moriarty Unofficial, Unauthorized, Unsanctioned Home Page” and for the ESR’s (Enter Stage Right) online Journal of Conservativism), describing himself both as a “centrist” and as a realist”. It is doubtful that anyone else would use either description of him.

Most of his writings seems to be focused on his opposition to abortion (as well as stem cell research), calling Roe v. Wade “despotic”, which is not a very apt description regardless of whether one agrees with the decision or not. But of course, it is easy to see where it comes from: Moriarty doesn’t like legalized abortion, and he doesn’t like despotism, so therefore legalized abortion is despotism. It may be worth quoting him at some length on the topic:

“Like the collaborating Vichy government in France under the Nazis, America will surrender to laws and ideologies that contradict the American Constitution and the most simple Human Rights. The Supreme Court took a once individually free nation and corrupted it by the lie of Science that fetuses are, in their first two trimesters, no more than egg yolk. Ultimately, our American Intellectual Supremacists bought the ‘Population Problem’, in the same way Europe fell under the thrall of the so-called ‘Jewish Problem’. Islam, in and of itself ... is an Allah-worshipping, Kamikaze Nation, exactly like pre-World War II Imperial Japan. Its Bible, the Koran, can be read like Hitler's Mein Kampf […] The measures Harry Truman took to end the war with Japan may prove tragically necessary with Islam.”

Yeah, neither do we.

Shortly after leaving Law & Order, Moriarty moved to Canada, declaring himself to be in political exile.

In 2011, he voiced his support for a 2012 Sarah Palin presidency saying that “I don’t see how America can survive without her!!” and claiming that she is better “than a new Reagan. She’s the complete symbol of pro-life. […] To not elect her is to not know America’s greatest enemy and that enemy can be summed up in two words: the Obama Nation,” while lamenting our current “radical experiment with a known Marxist in the Presidency” (and the evidence Obama is a Marxist? Well, Moriarty doesn’t like Obama and he doesn’t like Marxism, therefore … you know how it goes). According to Moriarty, “[u]nder the publicly recognized narcissism and, I firmly believe, the Mao-worshipping megalomania of Barack Hussein Obama [elsewhere described as ‘America's blind fuhrer’], I have no doubt we’re being ruled by The American Robespierre.” Later he expanded on his views, arguing that Palin is making “The New World Order Establishment profoundly nervous.” He then hoped that Palin would later be succeeded by president Allen West.

Diagnosis: For a while Moriarty palled around with the Breitbarters, but they seem to have grown a tad uncomfortable around him. Moriarty’s fanatically incoherent stream-of-consciousness rants reveal plenty of common, idiotic tropes, but he fires them off a little bit faster than most.
Posted by G.D. at 11:54 AM