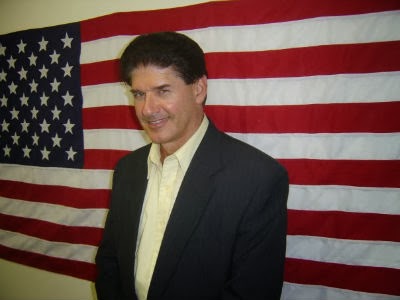 A.k.a. Judge: David-Wynn: Miller (what he prefers to be called)

David Wynn Miller is a Milwaukee-based tax-avoidance activist affiliated with the Sovereign Citizen Movement, who claims exemption from income tax liability on various pseudolegal grounds, in particular a lack of jurisdictional applicability. He is the originator of an incoherent ideology that invokes a supposedly mathematically-based variation of the English language (no, not Montague grammar). That is, Miller believes that inserting punctuation into one's name changes one’s legal status (a rather common pseudolaw practice). Specifically, in what might be termed the most idiotic use-mention fallacy ever committed, he believes that this turns a person into a “prepositional phrase”, as opposed to a citizen, and thus exempts one from having to pay income taxes.

Apparently the government is also seeking to control the population by controlling grammar. Turning yourself into a prepositional phrase is a way to escape. Or so it seems. Getting a clear idea about what Miller thinks is somewhat tricky; sample quote from his website: “FOR THE FORMS OF OUR PUNCTUATIONS ARE WITH THE CLAIM OF THE USE: FULL-COLON=POSITION-LODIO-FACTS, HYPHEN=COMPOUND-FACTS =KNOWN, PERIOD=END-THOUGHT, COMMA-PAUSE, AND LOCATION-TILDES WITH THE MEANINGS AND USES OF THE COMMUNICATIONS WITH THE FULL-COLON OF THE POSITION-LODIAL-FACT-PHRASE WITH THE FACT/KNOWN-TERM OF THE POSITIONAL-LODIO-FACT-PHRASE AND WITH THE VOID OF THE NOM-DE-GUERRE = DEAD-PERSON”. Precisely. In fairness, though, the thought he sought to express in that passage can probably not be put much more sensibly in any other way. Miller refers to his syntax as QUANTUM-LANGUAGE-PARSE-SYNTAX-GRAMMAR and asserts that it constitutes “correct sentence structure communication syntax,” and that his language is “for the stopping-claims of the Theft, Cheating, Fraud, Slavery and War.”

His career seems to consist of appearing in courts around the world on behalf of others, claiming to be a judge (“plenipotentiary judge”) eligible to practice anywhere on the planet. In the courts he asserts things such as that the dots between the words of the motto on the New South Wales coat of arms in a court mean the court has no jurisdiction. His success rate in court is rather modest. So is the success rate of others who have tried to use his syntax in court; for instance:
- In 1998 Miller assisted Illinois resident George Johnson in his legal defense against child molestation charges; Johnson was convicted and returned to prison in 1999.
- In 2001, Paul and Myrna Schuck unsuccessfully used Miller’s language during a tax-evasion trial in Calgary; they were later sentenced to jail after claiming postage affixed to their clothing and signed by them made them legally equivalent to royalty.
- In 2002, Miller was profiled when Milwaukee-based accountant Steven Allen Magritz was jailed after engaging what authorities called “paper terrorism,” or filing large numbers of legal claims against perceived enemies, as part of the sovereign citizen anti-government movement, and partially influenced by Miller’s belief that people don't need to pay taxes if they can “prove that money is a verb;” Magritz failed to do that, and was convicted in 2003.
- The same year Wisconsin residents Janice K. Logan and Jason Zellmer (Miller’s cousin) were convicted of “simulating legal process” by filing documents which purported to be legal documents from the jurisdiction of the “Unity States of the World,” an idea they got from Miller; Miller testified at the trial, remarking for instance that the genesis of Truth-language was when he “turned Hawaii into a verb,” and showed “how a preposition is needed to certify a noun.”
- In 2008, Rita Makekau was convicted of eight counts of assault and one count of domestic abuse for injuring five children in her care with hammers and knives; she challenged her child abuse conviction in 2009 by claiming her sovereignty group, Hawaiian Kingdom Government, declared her innocent, and Miller said he is the group’s spokesperson and is a “plenipotentiary judge, ambassador and postmaster.”

Miller claims to have 1 billion adherents worldwide, and has claimed that Bill Clinton and the entire Supreme Court of the United States were his students. He does have some adherents, however, and his ideas have been linked to the delusions of Jared Loughner (though Miller claims that Loughner must have been brainwashed by the Air Force).

The SPL has a profile of Miller here.

Diagnosis: Among the most incoherently insane people in the US. And that doesn’t prevent him from having several followers. Tells you something, methinks.
Posted by G.D. at 1:36 PM